Change language
Seasons
You are here: Hem / Life in Laponia / The land / Life on the marsh
Listen here

Life on the marsh

Áhpi is a Sámi word meaning both sea and marsh. If it is a marsh then it is so big it feels like a sea. Much of Sjávnja comprises áhpi, vast wetlands broken up by dry ridges. Bog spruce forest grows dense along the winding streams and the tarns.

The lack of roads and its general inaccessibility make Sjávnja a sanctuary for birds and animals. In the light nights in early summer, the bird life here is unparalleled. More than 100 bird species nest in these wetlands. The songs, the calls, and the twittering carry on around the clock. 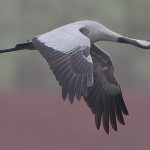 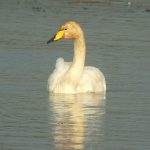 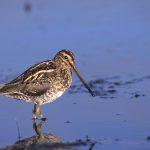 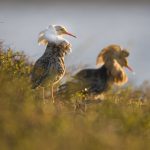 To reindeer herders, Sjávnja’s extensive marshlands mean natural migratory routes between the summer land in the west and the winter land in the east. Marsh plants that the reindeer can dig down to are important forage when the animals need rest and food. When the snow has disappeared and the ice is melting, it is difficult to cross the marshes. 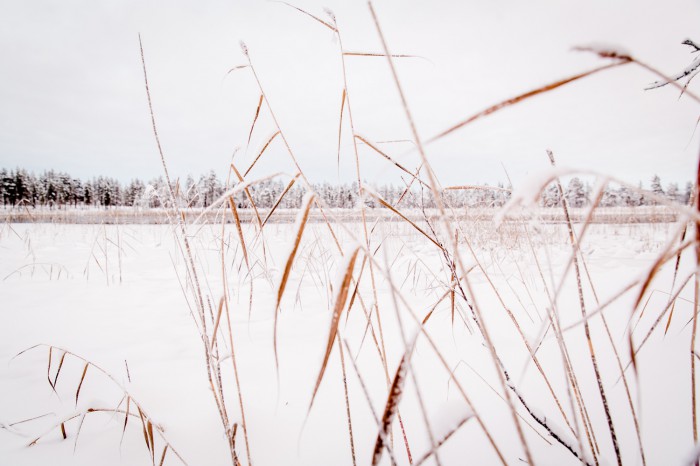 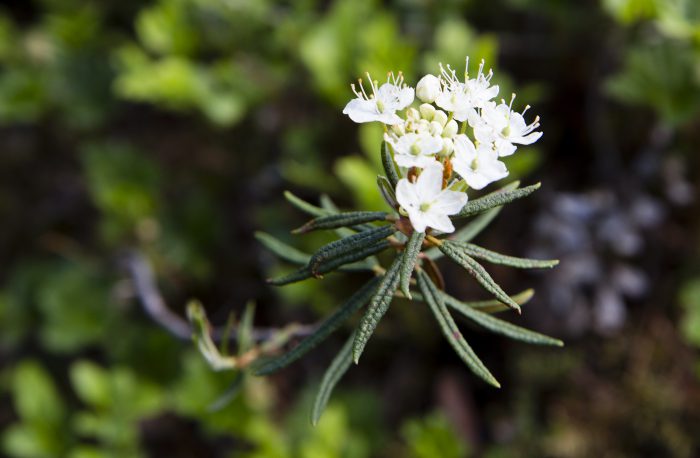 The Sámi word for Labrador Tea is Guosasjrásse – “little spruce grass”. If you rub fresh leaves of Labrador tea into your skin it will keep mosquitoes away for a while. In the past, skin conditions and rheumatic pains were treated with an infusion of Labrador Tea.

Before we came to the real winter land, we used the land in between. It was a big wetland and spruce forests which couldn’t be used as winter forage, but as autumn forage when there was not much snow.

The marsh was like a perimeter fence. If you have a moor surrounded by marshes and let them forage there, it is like an enclosed pasture. The reindeer don’t go onto the marsh because there is so much fresh snow there. There is always a lot of snow at the edge of a marsh.”
Lars Anders Utsi, Sirges

Bog Moss grows in abundance on fens and bogs. Over time, it decomposes into peat, an important building material for the traditional goahte dwelling. Bog Moss has antiseptic properties and can absorb up to 20 times its own weight of water. In the past it was used to treat wounds, as nappies for small children and by women as tampons. In housebuilding, dried moss was placed between timbers as insulation.

What is a wetland?

A wetland can be a bog or a fen. Bogs receive their water only from above, while fens receive water from surrounding areas. Dead plants and other organic material do not decompose, but accumulate and turn into peat. The peat layer in such a wetland gradually grows thicker.

“The most important thing about the marsh is that there the reindeer finds both forage and coolness.”
Apmut Ivar Kuoljok, Sirges Sámi community