Change language
Seasons
You are here: Hem / Life in Laponia / The reindeer / Reindeer in the forest
Listen here

Forest Sámi herding was at one time carried on in the whole of northern Finland and in Sweden as far south as Ångermanland. As agriculture claimed the land, reindeer herding was increasingly forced out. Until the early 20th century, the reindeer-herding forest Sámi lived a semi-nomadic life. They had a number of goahte huts in which they lived at different times of the year. The forest Sámi goahte hut is similar in form and design to both the peat goahte hut and the låvdegoahte tent. There is a hearth in the middle of a goahte, and in the roof a small opening to let out smoke. The space between the hearth and the inner wall is the kitchen area where food, water and household items are stored.

Since the 1950s, a great deal has changed in forest Sámi reindeer herding. Alf Nordvall’s father and father’s brother taught him the traditional way to tend reindeer. In the summer, Alf tells us, they made smoke for the reindeer. They made a fire and placed moss on it. The smoke kept the mosquitoes away. The reindeer were so tame that they came to the smoke of their own accord to escape the mosquitoes.

There is always a good supply of firewood in the forest. A fire can serve many functions and purposes. In forestland a gap fire is a technique commonly used by people spending a winter’s night in the forest. Two dry, split logs can give light and warmth all night. The technique is both simple and functional.

In the old-growth forest

In old-growth forest, above all in areas in northern Sweden that are close to the mountains, there are life and plants that cannot be found anywhere else. 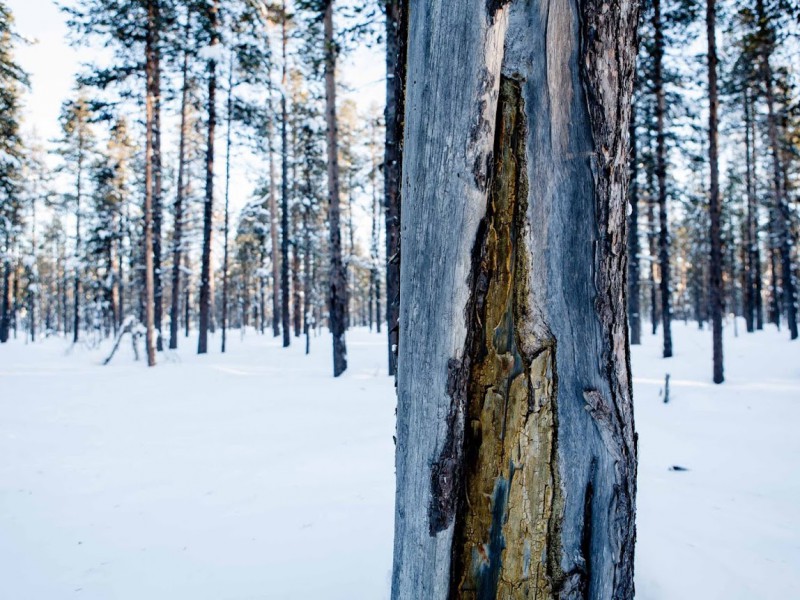 “The reindeer walk onto the large wetlands in the daytime and at night and forage. We send in the outermost ones. Then the mosquitoes take care of the rest. The mosquito is our most faithful servant.” 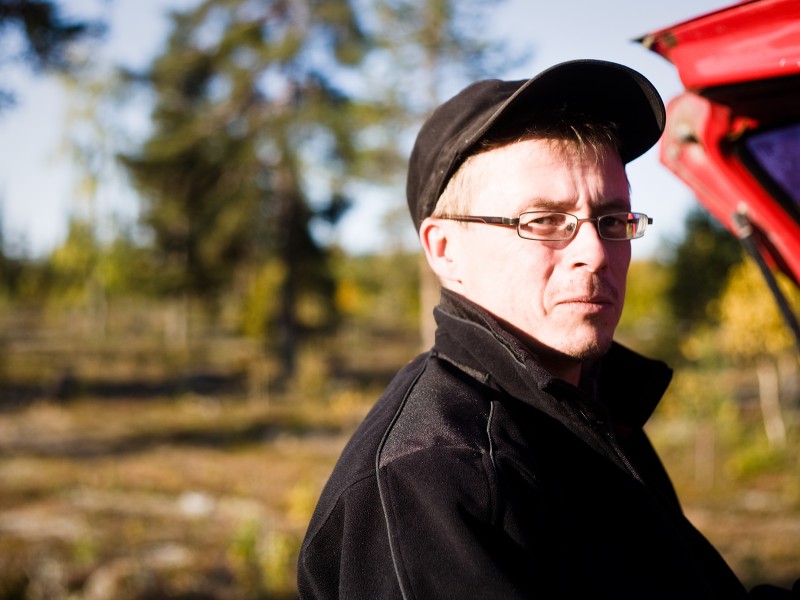 There are more than 4,000 species of horsefly in the world. Sweden has 45 species divided into seven families.

In summers with a lot of insects, horseflies can be a plague for forest reindeer. They are most active when the sun is shining and it is warm. To escape them, the reindeer seek out open marshes where it is windy, or shady places. 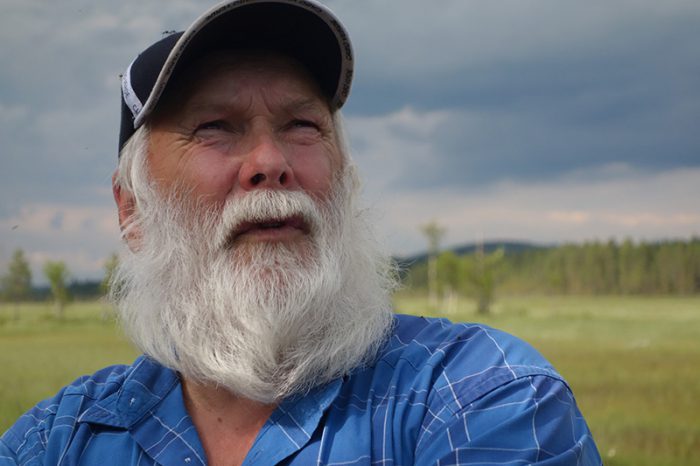 “The biting midge is the worst reindeer killer. It is smaller than the gnat, the size of a pinhead. They call them punkies. They crawl into the reindeer’s ears. There they bite and draw blood. Then pus starts to form. They kill reindeer, creeping in everywhere. I remember one good calving summer. Everyone was pleased and it was great. In the autumn when we had rounded up 300 reindeer we hardly saw a single calf. It was the punkies that had killed all the calves, or made them blind. “